The Holocaust, also referred to as the Shoah, was a genocide during World War II in which Adolf Hitler's Nazi Germany, aided by its collaborators, systematically murdered some six million European Jews.

His father – Alois – was fifty-one when Hitler was born. He was short-tempered, strict and brutal. It is known that he frequently hit the young Hitler. Alois had an elder son from a previous marriage but he had ended up in jail for theft. Alois was determined that Hitler was not going to go down the same road – hence his brutal approach to bringing up Hitler. The background of Alois was a potential source of embarrassment for the future leader of Nazi Germany. This might be why hitler wasn’t showing mercy to the jews.Hitler was brought up in bad way so his revenge was killing jews. I mean that doesn’t make up for whathe did because she shouldv’e never done it in the first place.Where he stayed for the army they were against jews , this opened a door for a target. 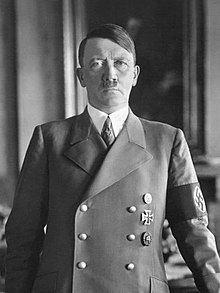 Anne Frank is a Jewish girl who has to go into hiding during World War Two to escape from the Nazis. Together with seven others she hides in the secret annex at Prinsengracht 263 in Amsterdam. After more than two years in hiding they are discovered and deported to concentration camps. Anne’s father, Otto Frank, is the only one of the eight people to survive. After her death Anne becomes world famous because of the diary she wrote while in hiding.

The Holocaust, also referred to as the Shoah, was a genocide during World War II in which Adolf Hitler's Nazi Germany, aided by its collaborators, systematically murdered some six million European Jews, around two-thirds of the Jewish population of Europe.] From 1941 to 1945, Germany targeted European Jewry for extermination as part of a larger event that included the persecution and murder of other groups.

Here's how you can make bold and italic text.

Here's how you can add an image:

To learn more HTML/CSS, check out these tutorials!